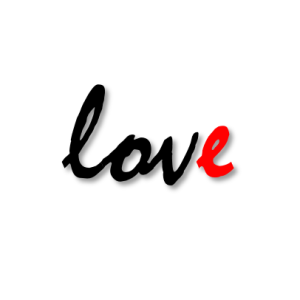 Today marks six months after our son, Everett, passed away. To even type those words and to accept their truth can be a challenge. And being inducted into this population impacted by infant loss was heart wrenching. However, from this loss has come an insane amount of good. Perhaps the most significant has been the supporters that have rallied around us; and so our first post is dedicated to them.

When Kevin and I were in the hospital, the nurses emphasized the importance of sharing. I remember being in and out of consciousness during our thirty hours of labor and seeing Kevin pace back and forth on his phone. I was sure he was busy sending updates but later found out he had spent hours writing our story. Against his strong silent-type mentality, Kevin quite vulnerably posted his message for our entire network of friends and family to receive. As a result, the love poured in. We were in awe as we returned to a house full of cards, candles, flowers, food, books… you name it! Our home has never felt so warm. We also had visitors stop in daily to deliver meals or check on us. The presence was strong and uplifting.

As in most cases of trauma, I anticipated that friends and family would initially flock to our side. However, I became quite anxious about the months ahead. What would happen as we continued to grieve? As we moved out of shock and into reality? As we fell from peaks into valleys? I had no idea how we would handle it and was worried we would be alone, fighting to keep Everett’s impact immortal. Boy, was I wrong!

While these irrational concerns were fueled by post-labor hormones, depression and pain, I still consider myself naive to have lacked faith in our community. Almost daily someone checks in on us. Some share stories to let us know that we are not alone. Some do random acts of kindness to carry Everett’s legacy forward. Some write letters about the impact our son has had on their lives. We have been perpetually uplifted and have become so strong as a result. I attribute all of this to two things: (1) Kevin’s willingness to be vulnerable and share knowing that the burden was too heavy to carry ourselves and (2) our supporters’ unwavering commitment to take care of us. 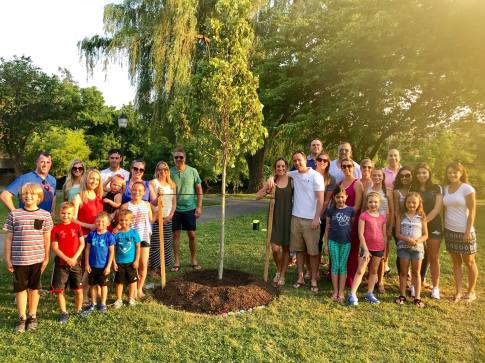 In the above picture you’ll find some of the very people that inspired the “With Love” community. It was taken just this week as Kevin and I were presented with a beautiful red oak they purchased in memory of Everett. For six months, this amazing family of ours has been at our sides. They rejoice with us at the peaks, they carry us through the valleys, and they have remained committed to spreading the love that Everett has inspired. Had it not been for them (and many others not pictured) we would be paralyzed by our grief, unable to forge ahead. Thank you to everyone that has pulled us through!

After hearing several stories of infant loss following our own, I started to wonder…“How can I give these people the same love that has been shown to us? How can I share my community?” As an initial step I decided to send group messages asking for prayers and support for families who experienced loss. But I wanted to do more so that those families could also be part of this group of supporters. Enter the “With Love” community, powered by Kevin, myself, and our amazing friends. With each month’s post, you’ll learn more about how and why we want to share, grieve, and act together. For now just know that this is a welcome space for you to do any and all of those things. As your community, we promise to provide support in return. We hope this page will become a safe haven for those impacted by infant loss and we thank you in advance for connecting and sharing!

“Vulnerability is both the core of difficult emotions like fear, grief, and disappointment, and the birthplace of love, belonging, joy, empathy, innovation, and creativity. – Brené Brown, Daring Greatly

One thought on “Sharing”